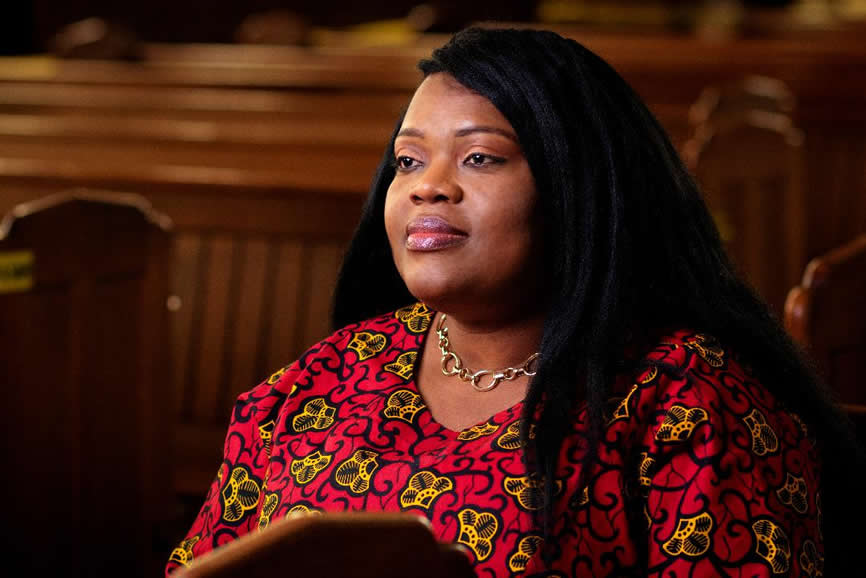 Kemi Adesola resides in Edinburgh Scotland with her family. She loves reading and believes in the transforming power of books. A graduate of the prestigious Obafemi Awolowo University Ile Ife Nigeria, with various diplomas in pastoral and therapeutic counselling from Glasgow Caledonian University. She worked in journalism, marketing, and the education sector in Nigeria before relocating to the United Kingdom.

As a trained life coach, counsellor, and social action expert, she is also passionate about mentoring young men and women to pursue a purpose driven life.

Kemi’s journey into book writing started in 2006 when she was asked to write short essays for her church Sunday bulletins. She found out that she was able to attract people to read her write ups with their catching titles and as a result, she began to document her thoughts in a diary following a plan to write on different bible topics every week.

In 2016, she launched her first book to celebrate her 40th birthday and has written five other books since then. She has been influenced greatly by exceptional writers including Myles Munroe, Joyce Meyer, Bishop David Oyedepo, Pastor E.A Adeboye, Derek Prince, and  A.W Tozer.

Most of her book titles are centrally themed on the power of God to change human lives especially when we surrender our will to His.

Realizing that many people are interested in her books, Kemi learnt to make improvements on her style, color, themes and distribution. Her books are on amazon platforms and okadabooks.com and distributed digitally at payhip.com and dratf2digital.

She is also passionate about missions to the poor and the needy and this desire has made her to be involved in charitable fundraising like the annual Macmillan cancer fundraising and sending unused items to Africa for distribution to the poor.

She founded a charitable organization named Abigael Scotland with a vision to support the less privileged in Africa and this charity is still supporting those who are in need.

I am a contemporary writer and life coach. I love cooking, watching movies, shopping and going for long walks. My style of writing mixes sound Christian doctrinal values with life stories intended to educate the modern reader . My study into how our life encounters, family background, daily experiences and social agents shape us into who we are has taken me into various life projects including counselling, mentoring and charity events. I have discovered that the way our individual mind works is the main source of our life choices which actively goes a long way to direct our actions and results . I support the active use of the mind through reading and engaging with other good readers . I love creating good support networks among people of like minds. My books can be read by anybody at any stage of life.